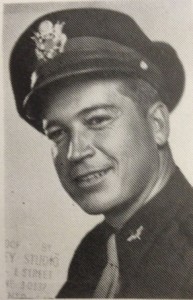 Kenneth R. Bridges was the son of Roy L. and Nora (McGraw) Bridges. He had one sister, Lurline, born in 1917 in Luling. Kenneth was born in Wharton on August 23, 1918. By 1920 the family had moved to Orange County, apparently to be with Nora’s widowed mother, but returned to the Luling area by 1930 living across the river in Guadalupe County.  Kenneth attended schools in Luling, and graduated from Luling High School in 1936. He then moved to Houston, where he enrolled in a business college.  In 1940 he was living with nine other lodgers in a boarding house on Fannin Street in Houston. He enlisted in the Army Air Corps on April 11, 1942 in Houston. The enlistment records showed him to be married, but there is no mention of any such relationship in any news reports, nor family histories.

Flight training took Kenneth to several airfields, from South Carolina to California. He received his pilot’s wings and commission, and was shipped to the China-Burma-India (CBI) Theater on February 5, 1944.  He was assigned to the 491st Bombardment Squadron, of the 341st Bombardment Group. The unit had just transitioned from India to China and assignment to General Clair Chennault’s 14th Air Force. The 14th Air Force headquarters was in the city of Kunming, but the Group was scattered around the area in auxiliary fields, such as the one at Yankai. Flying in China and Indo-China was a challenge in the best of times. Little or no navigation aids, poor landing fields, poor maps, and sudden weather changes challenged the best of pilots and crew. Japanese advances in 1944, and heavily defended bombing targets added to the danger. There was no glamour in the CBI. Mud, rain, lousy food, primitive living conditions and malaria were just a few of its charms. One NCO’s memoirs notes that “menus at the squadron mess halls were concoctions of anything that could be derived from rice, eggs, onions, local vegetables, water buffalo, tea, rice-flour bread and water. Army K-Rations were classified as dessert.”

The 491st Bombardment Squadron of the 341st Bombardment Group was equipped with twin engine B-25 Mitchell medium bombers. The primary objective of the mediums was the interdiction of Japanese rail traffic in China, French Indo-China, and Burma. Bridges were extremely difficult targets, located in valleys or canyons, and protected by anti-aircraft of many calibers. The success rate on these targets was initially very low. After experimentation, in December of 1944 the Americans perfected what they called “glip” bombing, which increased the success rate substantially. A Group history describes ‘glip’ bombing:

It consisted essentially of a double or multiple glide approach, first a steep glide followed by a shallow glide.   The pilot approaches the target bridge along its longitudinal axis at an altitude of 1000-1200 feet.   When approximately 2000 feet from the target, he goes into a 30-35 degree glide, building up speed of 260-280 mph.   In this glide the pilot aims 50 feet in from of the target and continues to glide to an altitude of about 450 feet.   At this point the glide is abruptly decreased to 15-20 degrees.   While in this shallow glide the modified gun sight (N-6 or similar one) is lined up with the aiming point on the bridge.   The gun sight is preset before approaching the target area.   The angle set into the sight is that obtained from skip-bombing tables, with a correction for the angle of glide.   Bomb release is from an altitude of about 150 feet.

This approach increased the accuracy at destroying Japanese targets appreciably, and it was adopted by many of the 14th Air Force units. But bombing successes notwithstanding, running a gauntlet of anti-aircraft fire at 150 feet off the deck was incredibly dangerous.  If a bomber was hit, the chances of its crew surviving were very low. Despite this, Kenneth quickly made a name for himself. On November 22, 1944 he received the Distinguished Flying Cross.  Squadron records show numerous low level raids on heavily defended targets by his B-25 and others.

On January 19, 1945, four B-25s, each loaded with two 1000 pound bombs, took off from Yankai, China at 9:50 a.m. First Lieutenant Bridges was flight leader. The target was a railroad and highway bridge at Song Cau, (near Hanoi in what is now Vietnam).  After bombing the bridge, the Mitchells continued strafing railroad yards and rolling stock, destroying two locomotives, 23 railroad cars and a large sampan.

The raid came at a price. The bombardier, Lt. Arthur J. White, wrote a long letter to Kenneth’s mom on March 29, 1945. It was reprinted in the Newsboy the following week. He recounted how  Lt. Bridges’ B-25 was riddled with bullets as it turned from a bomb run. One of the five man crew was shot through the leg. The right engine was also hit and disabled. Bridges turned the plane toward friendly territory, because, in White’s words, “Our only hope was that we would get out of Japanese territory before we had to bail out.” The plane struggled on one engine, and couldn’t hold altitude. Flying up a river valley, it could not climb mountains on either side, and when the river took a sudden turn it couldn’t handle the maneuvering required. There was no choice for Bridges but to order his crew to parachute. He held the plane steady and the five crew members jumped at 800 feet. By that time, it was too late for Bridges. The plane crashed into the side of a mountain, killing him instantly.

White was devastated by his friend’s death. “I made arrangements with the Chinese to put him in a coffin and to transport him back to the nearest American base.”

The February 16, 1945 Luling Newsboy reported that the family had just received notice that Kenneth was missing.  His death was disclosed shortly thereafter. White’s letter to the family reflected his deep friendship and respect for Bridges. “His death was a severe blow to the whole squadron,” he wrote, “as he was one of the nicest persons in it and was very popular. He would have been promoted to the rank of captain on the First of February. He deserved it.” (Lt Bridges received his promotion posthumously). On May 6, 1945 a memorial service was held at Central Baptist Church.

Kenneth received the Silver Star at some point in his time in China. It is not clear when, but in all probability it was awarded posthumously for the bravery and leadership he showed in keeping his plane aloft long enough for his crew to bail out. And they all survived.

Eventually, Bridges’ body was returned to U.S. soil. His remains were temporarily kept at Schofield Barracks Mausoleum, and in 1949 re-interred in Section C, Site 278, National Memorial of the Pacific (Punchbowl) in Hawaii. Kenneth was 26 years old when he died. 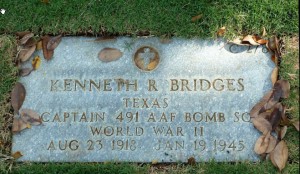 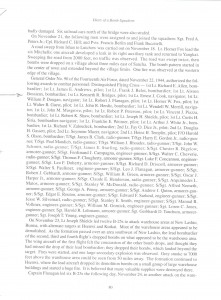 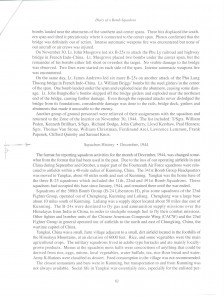 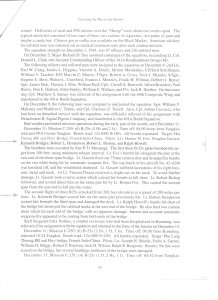 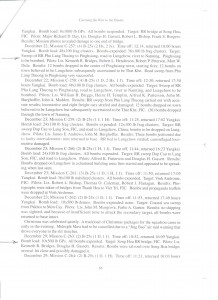 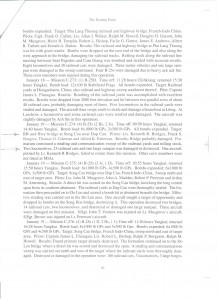